Zăpadă is the word that I learned this morning, as it dominated everything said and seen on the television. We had a lot of zăpadă this week, particularly last night—enough that flights were delayed and cancelled, streetcars bogged down, and taxis careened into each other. No doubt other Romanian rarities occurred, but these are what struck me most as I pondered the notion of crossing the city to teach my afternoon class at UB—at least until I heard that the university had closed down.

So, I stayed warm and safe inside until the snow stopped and the sun peeked through. By mid-afternoon, I put on my snow boots and parka and headed out for provisions and a few pics of what might look like a winter wonderland but is anything but. I leave you with eight of these pics, all taken within a few blocks of my apartment in Berceni. Enjoy! 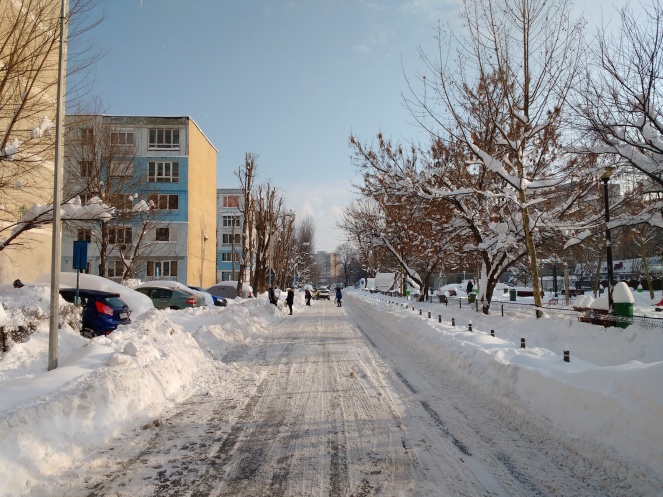 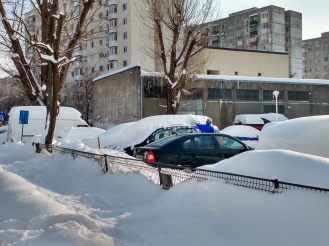 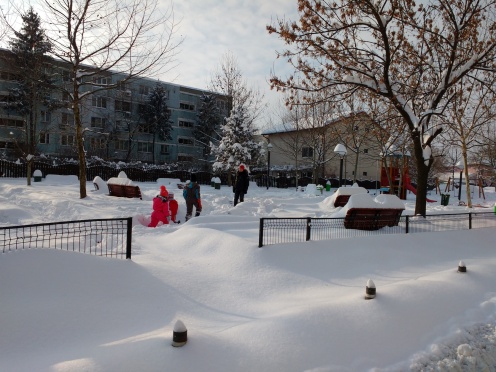 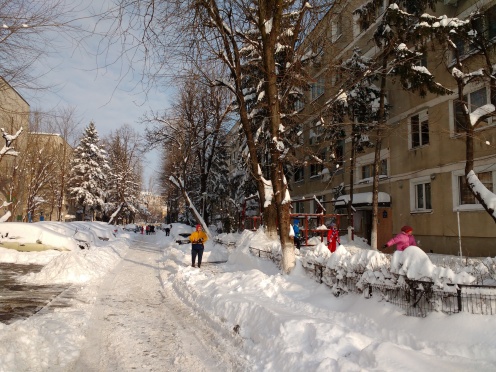